40 years in the making

I was already being influenced about the kind of dream house I would want to build.  Finding out what I wanted in a second house,  decidedly called my “dream” home came over time but ultimately it was influenced by my Grandmother’s house.

When I first started looking for 1) a weekend home/fixer upper, then a 2) vintage home fixer upper, then a 3) home on a nice size piece of land, I never found what I wanted.  Of course my priorities and pocketbook changed over the years.

One day about 3 years ago, I sketched out a floorplan and made a must-have list of features.   I kept the sketch in a drawer and eventually used it (along with other pictures and lists) to get my architect to design my dream house.

an idea for my big screened porch 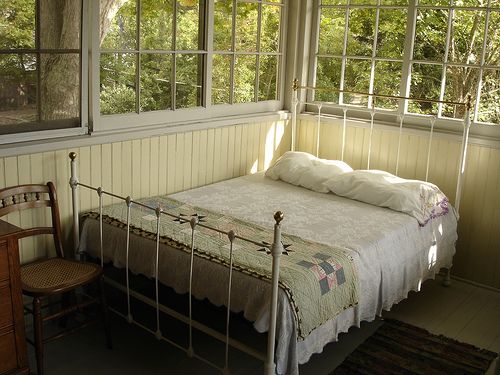 Since the climate in Austin is less humid and a bit cooler especially in the evenings, I really wanted a sleeping porch.  If you do not know what that is, in days before air conditioning, people would screen porches (especially second floor) and pull mattresses, hammocks or beds out on the porch to sleep in the cool night air…

This may end up being my favorite part of the house.

4 Responses to 40 years in the making